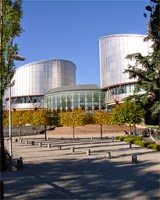 Principal facts
The applicants in the first case (Mennesson v. France) are husband and wife Dominique and Sylvie Mennesson, French nationals born in 1955 and 1965 respectively, and Valentina Mennesson and Fiorella Mennesson, twin American nationals born in 2000. They live in Maisons-Alfort (France). The applicants in the second case (Labassee v. France) are husband and wife Francis and Monique Labassee, French nationals born in 1950 and 1951 respectively, and Juliette Labassee, an American national born in 2001. They live in Toulouse. The applicants have been unable to secure recognition under French law of the legal parent-child relationship established between them in the United States, as the French authorities maintain that the surrogacy agreements entered into by Mr and Mrs Mennesson and Mr and Mrs Labassee are unlawful.
Owing to Mrs Mennesson’s and Mrs Labassee’s infertility, the two couples had surrogacy treatment in the United States (under the French Criminal Code, recourse to surrogacy is punishable by one year’s imprisonment and a fine of 15,000 euros). The embryos, produced using the sperm of Mr Mennesson and Mr Labassee, were implanted in each case in another woman’s uterus. As a result, the Mennesson twins and Juliette Labassee were born. Judgments given in California in the first case and in Minnesota in the second case ruled that Mr and Mrs Mennesson were the twins’ parents and that Mr and Mrs Labassee were Juliette’s parents. The French authorities, suspecting that the cases involvedsurrogacy arrangements, refused to enter the birth certificates in the French register of births, marriages and deaths. In the Mennesson case, the birth certificates were nevertheless entered in the register on the instructions of the public prosecutor, who subsequently brought proceedings against the couple with a view to having the entries annulled. In the Labassee case, the couple did not challenge the refusal to register the birth, but sought to have the legal relationship recognised on the basis of de facto enjoyment of status (“possession d’état”). They obtained an “acte de notoriété”, a document issued by a judge attesting to the status of son or daughter, that is, the existence of a de facto parent-child relationship, but the public prosecutor refused to enter this in the register. The couple then took the matter to court.
The applicants’ claims were dismissed at final instance by the Court of Cassation on 6 April 2011 on the grounds that recording such entries in the register would give effect to a surrogacy agreement that was null and void on public-policy grounds under the French Civil Code [Article 16-9 of the Civil Code specifies that the provisions of Article 16-7 of the Code (“All agreements relating to reproduction or
pregnancy for a third party shall be null and void”) are a matter of public policy].

Mennesson v. France
The Court found that Article 8 was applicable in both its “family life” aspect and its “private life” aspect. Firstly, there was no doubt that Mr and Mrs Mennesson had cared for the twins as parents since the children’s birth and that the four of them lived together in a way that was indistinguishable from “family life” in the accepted sense of the term. Secondly, the right to identity was an integral part of the concept of private life and there was a direct link between the private life of children born following surrogacy treatment and the legal determination of their parentage.The Court noted that the interference with the applicants’ right to respect for their private and family life resulting from the French authorities’ refusal to recognise the legal parent-child relationship had been “in accordance with the law” within the meaning of Article 8.
The Court accepted that the interference in question had pursued two of the legitimate aims listed in Article 8, namely the “protection of health” and the “protection of the rights and freedoms of others”. The Court went on to examine whether the interference had been “necessary in a democratic society”. With regard to the applicants’ family life, the Court observed that it was inevitably affected by the lack of recognition under French law of the parent-child relationship between Mr and Mrs Mennesson and the twins. However, it noted that the applicants had not claimed that the obstacles they faced had been insurmountable, nor had they demonstrated that they had been prevented from the enjoyment in France of their right to respect for their family life. It noted that the four of them had been able to settle in France shortly after the birth of the children, that they lived there together in circumstances which, by and large, were comparable to those of other families. Consequently, a fair balance had been struck between the applicants’ interests and those of the State, in so far as their right to respect for their family life was concerned.
However, with regard to the twins’ right to respect for their private life, the Court noted that they were in a state of legal uncertainty: the French authorities, although aware that the twins had been identified in another country as the children of Mr and Mrs Mennesson, had nevertheless denied them that status under French law. The Court considered that this contradiction undermined the children’s identity within French society. Moreover, although their biological father was French, they faced worrying uncertainty as to the possibility of obtaining French nationality, a situation that was liable to have negative repercussions on the definition of their own identity. The Court further observed that they could only inherit from Mr and Mrs Mennesson as legatees, which meant that their inheritance rights would be less favourable; the Court regarded this as depriving them of a further component of their identity in relation to their parentage. The effects of the refusal to recognise a parent-child relationship in French law between children born following surrogacy treatment abroad and the couples who had the treatment were not confined to the couples, but also extended to the children. Their right to respect for their private life, which implied that everyone should be able to establish the essence of his or her identity, including his or her parentage, was significantly affected. There was therefore a serious issue as to the compatibility of the situation with the children’s best interests, which must guide any decision concerning them.
In the Court’s view, this analysis took on a special dimension when, as in the present case, one of the parents was also the child’s biological father. Given the importance of biological parentage as a component of each individual’s identity, it could not be said to be in the best interests of the child to deprive him or her of a legal tie of this nature when the biological reality of that tie was established and the child and the parent concerned sought its full recognition. Not only had the tie between the twins and their biological father not been acknowledged when the request was made for the birth certificates to be entered in the register; in addition, the recognition of that tie by means of a declaration of paternity or adoption, or on the basis of de facto enjoyment of status, would fall foul of the prohibition established by the case-law of the Court of Cassation in that regard. In thus preventing the recognition and establishment of the children’s legal relationship with their biological father, the French State had overstepped the permissible margin of appreciation. The Court held that the children’s right to respect for their private life had been infringed, in breach of Article 8.